EAV uses cookies (and other techniques) to collect information about the use of the platform in order to analyse and improve, for the use of social media and to ensure that advertisements are relevant to you. Read more about our privacy policy. By continuing on this site and accepting our cookies you agree to the collection of information on this basis by us and by third parties on the platform. Please customize your cookie settings below.

Home » Good Move: How Europe is leading the world in making cities better by changing the way we move

Good Move: How Europe is leading the world in making cities better by changing the way we move 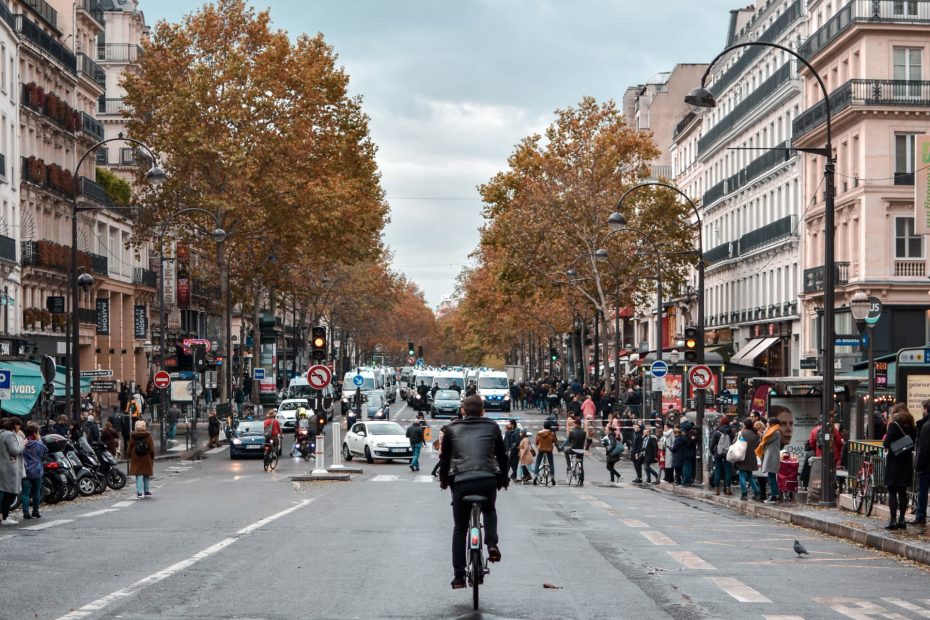 This week we saw the exciting announcement of two major European hubs setting the agenda to make cities cleaner, safer and healthier by moving to introduce largely car-free city centres.

Whilst some media outlets brand this as a “War on Cars” – the simple truth is that cities like Paris and Brussels – who are proactive in dealing with the reality of rising emissions, pollution and congestion in cities – are going to gain a lot more than they lose.

From August 2022 Brussels’ so-called “Good Move” action plan will see limited-access zones and restricted car use. Paris has also announced they will enforce strict zoning laws by 2024 in the majority of its historic city centre.

In the UK, Oxford became the first city to declare a ‘Zero Emissions Zone’ (ZEZ) with all petrol, diesel and hybrid cars now being charged to enter the restricted zones. Meanwhile, Copenhagen, Valencia, Lahti and Nottingham are all in a race to be the first carbon-neutral city by 2025.

Whilst these efforts are admirable, what we know isn’t changing are some of the underlying needs of the people.

Because, while people across those cities want cleaner air, less pollution and less congestion – they also are expecting the modern world to come to them. The rise of the “delivery economy” is clear for all to see. Just ask Deliveroo, or Amazon or one of our global partners, LaundryHeap.

This is what drives the work of some of the sharpest minds of engineers, technologists and designers here at EAV.  We can’t make the world want less deliveries or urban services – so our job is to ensure they can get them in a way that is massively more sustainable and in line with developing legislation.

This is why globally leading brands like LaundryHeap, DHL, Veolia, FedEx – as well as fast growing hyper-local delivery brands like Zedify – choose to partner with us.

Our radically innovative development of products like the  EAV2Cubed and LINCS – engineered and built in association with some of the world’s leading Tier 1 automotive suppliers with decades and decades of experience, are enabling our partners to develop game changing ways of solving the biggest urban transport challenges.

When we do this, we can help cities across the world – whether that’s New York, Dubai, Paris or Brussels – and even our own home of Oxford – to become better places to live, where communities, culture and commerce can thrive together.

Just like Brussels – we think that’s a really Good Move.